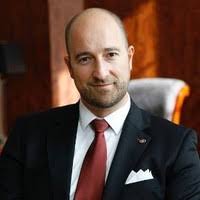 Gregory Millon has joined Molitor as general manager at a time when the hotel will be celebrating its 90th anniversary.This will commemorate a rich, vibrant history.

Million started his career at the Novotel in west London and was born in France. He graduated with masters from ESAM, Paris.

He was appointed operations manager of the Pullman World Trade Centre in Bucharest, Romania in 2010.Here, he was responsible for overseeing the opening a new steakhouse restaurant.

He relocated to Poland, Milloon and took the position of general manager of the Grupa Hotelowa which is a part of the Orbis Group ( the biggest hospitality collection in eastern Europe).

At the Poland’s Sofitel Grand Sopot which is a five-star hotel he joined in the same capacity.Million’s leadership and experience in the hospitality industry will further strengthen Molitor’s positioning a s unique luxury brand and an artistic creative hub.