Too Much Tourism Intimidates Conservation of Heritage Sites 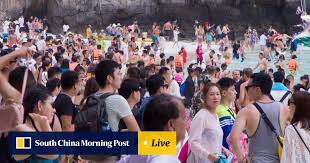 To the conservation of world heritage sites, too much tourism is posing as a major threat along with the lives of thousands of people, who are compelled to move to less crowded communities.

As per the statements made to Prensa Latina by Martha Honey, executive director of the Center for Responsible Travel (CREST) headquartered in Washington, in many of the most famous cities of the world, tourism has become an unpleasant experience for many.

Martha Honey set out that countries like Spain, Croatia, the United Kingdom, France, Greece, the Netherlands and Italy should set up improved planning and control to work against excessive turnout in their cities.

Valuable locations in terms of history in some countries, she further added, are suffering from transport congestion or the exclusion of their inhabitants from increasing rents and living standards, at present.

Honey deems that some solutions should be undertaken to resolve this problem: to set regulations to avoid the increasing of house rents for short terms; to lead tourism to less visited places; and to limit the arrival of cruises and visitors.

For national parks and nature reserves, the experts view that administrations could evaluate the execution of educational movements, the establishment of traffic controls, among other measures to deal with the impact on native wildlife of sites.

In reference to the beaches and coastal communities by now spoiled by the negative impacts of climate change, the official recommended the design of programs capable of verifying the environmental impact of tourism as well as the community participation, vital to control and take care of their own habitat.

According to Honey, the endorsement of responsible tourism is nowadays a compulsory for protecting those sites to which outsiders come in a massive and uninterrupted way.