National strike in France may lead to travel chaos,dozens of Eurostar trains cancelled 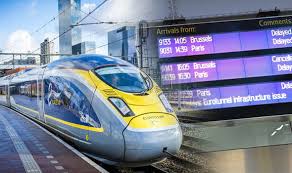 A national strike is due to begin in France at 7pm local time on Wednesday 4 December and travel to, from and within France will get more difficult.

The rail, road and air transport will be affected by the shutdown with the Foreign Office sending the warning that the strike will primarily affect the public transport with cancellations. Severe delays are expected on trains, metros, buses and trains. The strikes will continue until Sunday 8 December.

More than 50,000 passengers will be affected as Eurostar has cancelled 78 trains, the staff for the cross-Channel train operator are not stopping work but there is a warning to the passengers the strike action will impact their ability to deliver the usual timetable as disruption is expected to siganal along all routes.

On 5,6,7 and 8 December a reduced timetable will now run. Major cancellations are to and from Paris but the services to Amsterdam and Brussels will also be affected.

It is suggested for the passengers to either postpone their journeys or choose a refund in case their trains are cancelled.

Those who booked to travel on the four days and whose train is still running will be able to postpone their trip to a date from December 9 onwards.

Passengers have been urged by SNFC, the national train operator to postpone their journeys and information on the following day’s services will be provided at 5pm local time the day before.