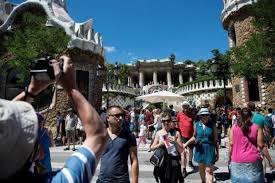 European Union’s new vacation law which is applicable from July makes a lot of confusion among the tourists.

The so-called Package Travel Directive has been in the works for years, ever since EU legislators had decided that the previous rules—passed almost 30 years ago—were in big need of an update as technology has transformed booking travel.

On the surface, this looks like a win for consumers. The directive beefs up cancellation rights and, in theory, provides more clarity on who the consumer should contact if there is a problem with a trip.

It is according to piece of legislation that sets out a goal that all EU countries must achieve.

The directives differ from regulations, which member states need to apply to in full. The European Union passed a law on packaged vacation at the end of 2015 but gave EU nations until July 1 of this year to put it in place under their interpretations.

The booking a vacation has moved on a lot since 1990. In those days you’d walk into your local travel agent and buy a readymade package vacation, including flights and hotel.

The consumers buying separate flights and accommodation in one transaction from these online retailers might have thought they were buying a package but this wasn’t always true.

In the past if a customer was unhappy with their vacation or suffered an injury, they may have had to go to the individual suppliers. There’s now a wider definition of what a package vacation actually is, and the UK government estimates an extra 10 million vacations are protected.

The own guidance of UK notes only came out last week after the law was put into place.