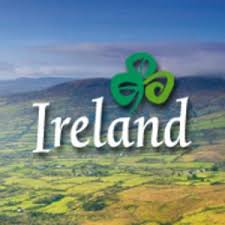 A new online film starring TV and radio presenter Angela Scanlon and her dad Phelim exploring Ireland’s Ancient East has been unveiled. It’s the first in a series of four short films created by Tourism Ireland and The Daily Telegraph to highlight Ireland to holidaymakers in Great Britain.

The online videos – called “On the road with Angela Scanlon – are all about driving holidays around the island of Ireland. They will be hosted on theTelegraph website; they will be promoted via online advertising as well as on the social platforms of both The Daily Telegraph and Tourism Ireland, including Facebook and Twitter, and will be seen by around 123,000 viewers.

In the film about Ireland’s Ancient East, viewers see Angela and Phelim travel to the “spectacular” Powerscourt Estate, taste a blaa for the first time in Waterford and visit the “epic” Hook Lighthouse. To view the film, click here.

Julie Wakley, Tourism Ireland’s Head of Great Britain, said: “Our promotion with The Daily Telegraph and Angela Scanlon is specifically designed to encourage British travellers to come and discover the island of Ireland by car. Visitors who use a car on holidays tend to stay longer, spend more and are more likely to visit more than one region. We are continuing to promote Ireland’s Ancient East, encouraging prospective British visitors to discover 5,000 years of history for themselves.”

The campaign includes a series of articles all about Ireland in the Saturday travel section of The Daily Telegraph – which is read by 1.4 million people across Britain. It also includes a series of ads in the paper; and a specially-created ‘Indulge in Ireland’ hub on The Daily Telegraph website, which includesaround 40 different articles, which are being promoted via online advertising.

Great Britain is a vital market for tourism to the island of Ireland. It delivers 47% of all overseas visitors and around 30% of all overseas tourism revenue.Its contribution to the regional tourism economy and to season extension objectives are also significant, with 41% of British visitors arriving between October and March.