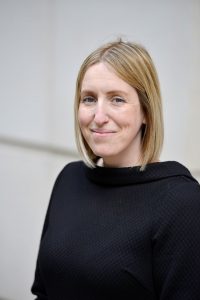 Ellie Burrows has joined Network Rail this week as route director for Anglia. The Anglia route is one of four new routes that make up Network Rail’s Eastern region and covers Norfolk, Suffolk, Essex and parts of Cambridgeshire, Hertfordshire and Greater London.  The move to routes and regions is part of Network Rail’s nationwide programme “Putting Passengers First” launched in June 2019.

Ellie Burrows has over 20 years’ experience in the UK rail industry in a wide variety of roles, including area director at Network Rail and, most recently, as train services director at Southeastern.

She joins at an exciting time, as Network Rail continues its programme to invest a record £2.2bn between 2019 and 2024 in running, maintaining and improving Anglia’s railway for passengers and freight users. Major infrastructure projects over the next few years include: renewing the signalling system at Cambridge; renewing and refurbishing a quarter of the track network; increasing capacity between Cambridge and Kings Lynn; replacing Victorian signalling with 21st century technology between Norwich, Yarmouth and Lowestoft, and replacing overhead lines on the Southend Victoria route.

Rob McIntosh, Network Rail managing director Eastern, said: “Ellie brings an enormous wealth of rail industry experience and is exactly the right person to drive the route forward and deliver an exceptional railway for the economy and communities we serve. She reinforces a talented leadership team in this region who are committed to putting passengers and freight users at the heart of everything we do.”

Ellie Burrows, route director, Anglia, said: “I am thrilled to be re-joining Network Rail and leading the team in Anglia. Having gained invaluable experience of running train services at Southeastern, I look forward to working with regional passenger and freight operators in delivering first-rate rail services for their customers.”