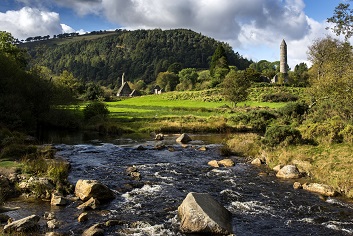 On the occasion of the World Meeting of Families, Pope Francis will visit Ireland next weekend. Although it’s been 39 years since Pope John Paul II came to Ireland, Pope Francis will find that our landscapes still feature the indelible legacy of our Christian heritage.

Tourism Ireland’s latest video highlights some of these wonderful landmarks, the pilgrim trails and the footsteps of Ireland’s patron, St Patrick. The organisation is encouraging people everywhere to come and discover St Kevin’s 6th-century monastic settlement at Glendalough, marvels at the Book of Kells, follows the trail of St Patrick through Armagh and Down and see the wonderful Skellig Michael and Rock of Cashel.

The film is being promoted through Tourism Ireland’s social platforms, including Facebook (more than 4.26 million fans worldwide), Twitter (498,000 followers) andYouTube.

This week’s visit by Pope Francis is another unique opportunity to convince potential holidaymakers everywhere to visit Ireland. A large media contingent will travel here to cover the visit, bringing the story to millions of people around the world. Tourism Ireland is taking every opportunity to leverage the tourism benefits of the visit. As well as the Christian heritage video, Tourism Ireland’s promotional activity includes: