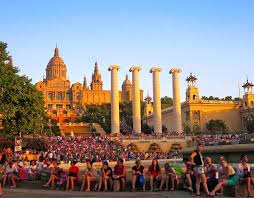 In practice, this signifies that it will no more be feasible for travel agencies to create a promotional offering stating “Summer holidays starting from 150 euro…” and, to demand the unsuspecting customer twice the charge in the end.

Also, the new rule should stop the misuse of travel agency industry, which means that travellers will be sure that they will get the services for which they have paid the prices.

Even though many tourists have protested against the expected rise in price, tour operators declared that this won’t be an actual increase, as now the single cost of travel will include all those taxes and costs that have were not disclosed so far and are now part of the price.

As a result, it will no longer be possible to sell, for instance, an air ticket for EUR 20, if the ticket price is actually double that amount because of airport tax. Besides, travelling to an island will no longer be a surcharge for availing ferry in reaching the island since it wasn’t included previously in the price. This is the reason why travel will be expensive, but in fact, tourists will pay the full amount right away, without any hidden surprises.

Also, it will be trouble-free for the customer to gauge all expenses related to travel, as they will know from the scratch what they’re paying and exactly how much.

Tourist tax is the only thing that the price will not be included in the countries to which the vacationers are travelling as normally this tax is charged by the owners of the accommodation you are putting up. Nevertheless, the agencies are required to tell the travellers regarding the amount of tourist tax.

The insurance amount, i.e. the guarantee for the trip, will be determined on the category to which the agencies fit in, as a result those at the lowest level (A-20) will have to have 200,000 euro in their bank account for insurance, as those belonging to the highest category (A-40) will have to pay 400,000 euro.

Travel agencies have until January 31st to harmonize their operations with the new regulation.