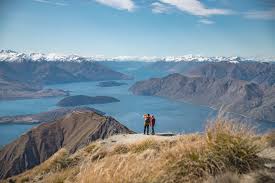 The rapidly maturing tourism market in New Zealand is offering some exciting opportunities for farmers and food producers here to take inspiration from their European counterparts, becoming a similar tourism and cultural destination for the Southern Hemisphere with farmers woven into the mix.

At Trenz tourism conference in Rotorua, the food-tourism industry revealed plans to make it a $50 billion industry in the next six years, up from today’s $40 billion a year sector, which is almost at the goal of $41 billion it aimed to achieve by 2025.

The latest priority areas released by the tourism industry provide some inspiration for how farmers tasked with running the wide open spaces so coveted by tourists, and the food producers who process their hard work, could work more closely.

Tourism New Zealand chief executive Chris Roberts outlined the priority areas that include embedding greater sustainability into the sector, managing destinations and engaging with communities in a bid for the sector to improve the quality rather than just the quantity of visitors to New Zealand.

The report highlighted opportunities lying relatively untapped for the farming sector to link up with a tourism market keen to not only sample local cuisine, but understand the story behind its creation.

In turn the 3.9 million visitors expected this year have been identified as potential brand ambassadors, capable of broadcasting New Zealand farmers’ and food producers’ stories to their friends and relatives back home.

The report highlighted the gap between tourists’ expectations about having food experiences in New Zealand, and what was on offer.

New Zealand ranked low in the report as a food and beverage destination, with only 30 per cent regarding it positively, and 60 per cent with a “neutral” view of this country’s food offering. This compared to 80-90 per cent having a “positive” view of Italy or France when it came to food.