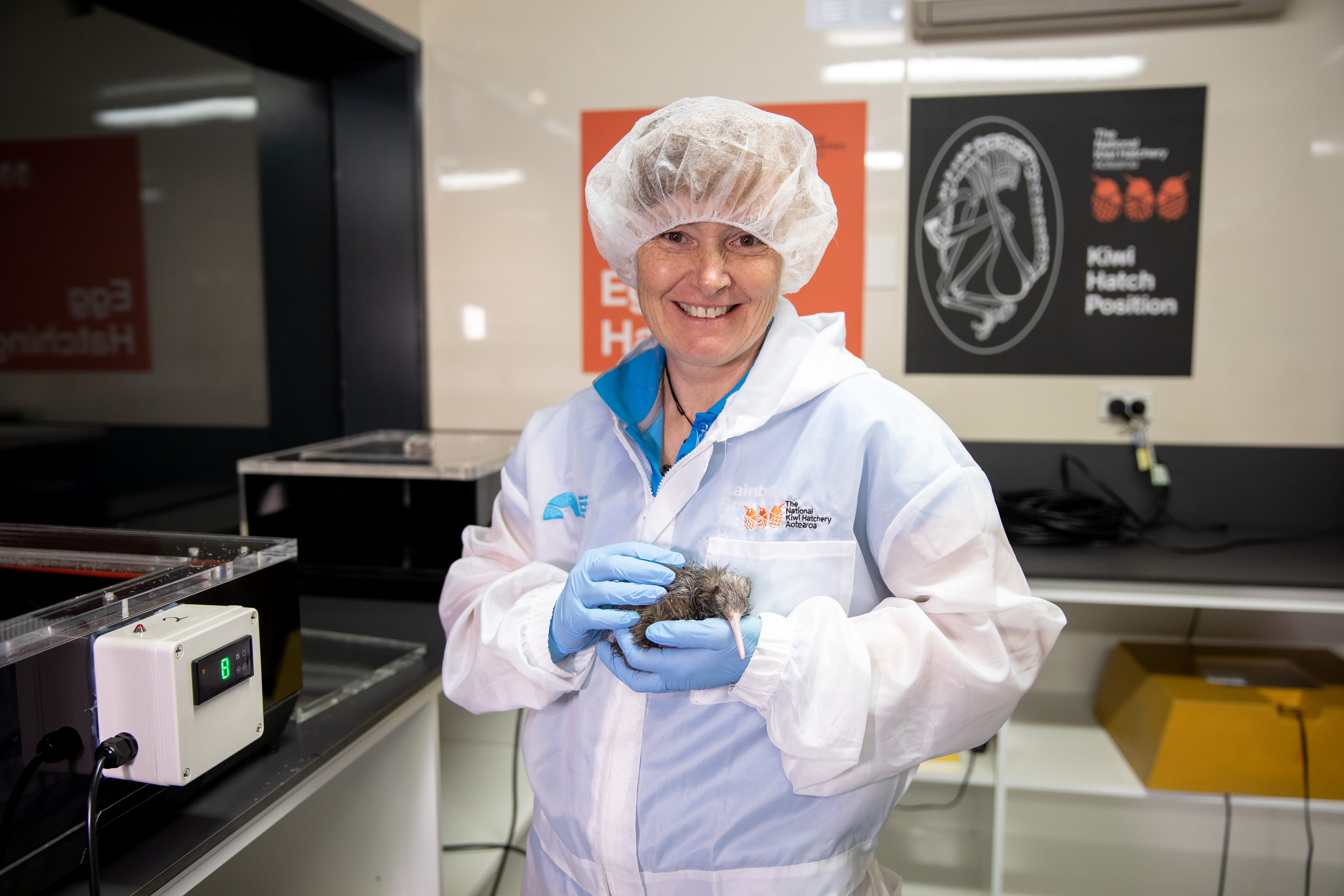 In the early hours of November 13 2019, on a widely-and-intensely watched live stream the National Kiwi Hatchery Aotearoa welcomed a fluffy new member to their whānau [family].

Cracking the record as the 2,000th chick to hatch at the National Kiwi Hatchery Aotearoa since it received its first egg in 1995, the chick’s entrance into the world has been no small feat. With no egg tooth to aid the process, over the last couple of days the chick has had the exhausting job of kicking and pecking its own way out.

Starting with a few jiggles, the first signs on the live stream that the hatching was close was when the chick made a tiny hole in the air-filled sac inside the end of the egg, poking the pink tip of its beak through, and breathing air for the first time.

The chick then kicked and pushed against the shell wall until eventually it cracked open and was free. Shortly thereafter, the new chick started to find its way in its new environment using its long beak to find stability.

The baby chick has had a check-up and is doing well. It weighs a healthy 342.8 grams. The gender of the chick will be unknown for another month until DNA tests is completed.

Having captured the hearts of people across the globe, the popularity of New Zealand’s fluffiest new celebrity is sure to draw thousands of fans to the National Kiwi Hatchery Aotearoa.

The hatchery is located at Rainbow Springs Nature Park in Rotorua, one of the key partners of the programme.

“This is a wonderful time to visit the hatchery as hatching season is in full swing, visitors can join a guided tour and experience first-hand where the kiwi are incubated, the hatching process and hopefully see some newly hatched chicks,” said National Kiwi Hatchery Aotearoa spokesperson Helen McCormick.

In New Zealand we are losing 3 per cent of our unmanaged kiwi every year. Out of every 100 kiwi eggs laid in burrows in the forest, only five kiwi chicks will make it to adulthood. Without ongoing support, experts estimate the brown kiwi will be extinct in the wild within two generations.

The National Kiwi Hatchery Aotearoa is the leading kiwi hatchery in the world, incubating and hatching over 130 kiwi chicks each year – about 75 percent of all kiwi incubated and hatched ex-situ in New Zealand.

Visitors to New Zealand can also see kiwi in the wild in many other places across New Zealand.