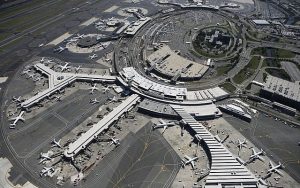 It has been a record-breaking summer at New Jersey’s Newark Liberty International Airport as per Transportation Security Administration officials. TSA agents screened a record 80,596 passengers and crew members at the Newark airport on Friday 9. That broke the previous record of 79,467 set the day before, on Thursday 8. The number has been growing since April 2019.

TSA’s New Jersey security director Tom Carter said passengers need to allow plenty of extra time to get to their terminals because the parking lots, check-in counters and checkpoints are seeing record levels.

Carter says the checkpoints are most efficient when travelers come prepared and follow the guidance of TSA officers.

The Port Authority’s four major airports, John F. Kennedy International, Newark Liberty, LaGuardia and Stewart International, set an all-time record of 68.3 million passengers in the first half of 2019. It was about 2 million more than 2018’s record number. JFK, Newark, and LaGuardia airports handled more passengers in June 2019 than during any other June on record, as per the reports.