All Nippon Airways to buy 9.5 percent stake in Philippine Airlines 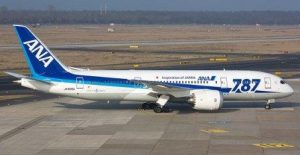 Japan’s All Nippon Airways (ANA) is investing $US95 million to take a 9.5 percent stake in parent company of Philippine Airlines as part of a strategy to expand its group international network.

All Nippon Airways (ANA) said the stake in PAL Holdings, the parent of Philippine Airlines, was in line its mid-term corporate strategy to expand its international group network and strengthen partnerships with foreign airlines. It said it would acquire the shares from Trustmark Holdings Corporation, owned by the Lucio Tan family and the largest shareholder of PAL Holdings.

It predicted the deal would “herald a new era of growth for PAL” and said it demonstrated its belief in the Filipino airline’s potential and the dynamism of Asia region.

ANA chief executive Shinya Katanozaka said that Asia is a key growth market and we believe Philippine Airlines is in an excellent operational position to capitalize on both the strong uptick in air traffic growth as well as the vibrant, expanding Philippine economy.  They look forward to expanding our business relationship with Philippine Airlines so they can continue to  their  passengers even better.

PAL president Jaime Bautista said the announcement came as PAL celebrated the 70th anniversary of its first Tokyo-Manila flight on January 26, 1949. The board of ANA Holdings also voted Tuesday to order 30 Boeing 737 MAX ‘s and 18  A320neos to be delivered between 2021 and 2025.

ANA is the first Japanese airline to order the MAX 8 and the company said the decision was prompted by economic and aviation demand growth in Asia and emerging countries.