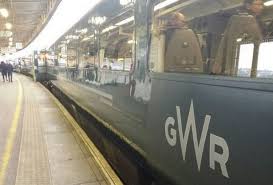 Passengers have to pay heed to the Great Western Railway’s (GWR) advice to travel on its trains no later than December 22 this year. GWR issues Christmas travel warning.

Before reaping the benefit of the biggest ever Network Rail upgrade project, the inconvenience has to be taken into account. The upgrade project involving 3500 people will allow for more frequent and faster trains, modern infrastructure, and reliable services. The upgrade will be during the festive period.

Rail journey during Christmas or New Year would become challenging even as the carriages will be up to 50 per cent quieter.

Customers have been urged to travel early and to check their journey beforehand as Network Rail delivers £25 million of improvements to the lines.

Passengers can choose to travel by buses instead of rail during the festive period. There will be a rail replacement bus between Trowbridge and Warminster from December 23 to January 3, and between Newport and Bristol Parkway from December 25 to January 1.

GWR operations manager Rob Mullen advised customers to plan ahead and to travel on or before December 22 if possible. GWR wishes to thank the passengers for their understanding while acknowledging the travel disruption caused by the upgrade project.