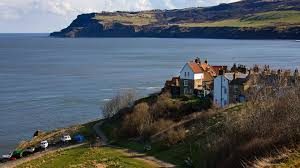 The hotels in England’s northern areas, including Greater Manchester, attracted more than £1 billion of investment in 2018.

According to read estate advisor Savills, total investment in the region reached £1.11 billion for the year, and the north accounted for 17 percent of 2018’s total U.K. hotel transactions, which came to £6.6 billion.

Portfolio transactions made up 56 percent of of the region’s deals at £630 million, while the remaining 44 percent (£480 million) were for individual deals. Domestic investors accounted for more than half of those individual sales, with an average transaction size of £8 million.

The U.K. as a whole reported a £1-billion fall in hotel sales last year, which the latest “U.K. Hotel Market Tracker: Q4 2018” from HVS London, AlixPartners and STR blamed on both buyers and sellers waiting to see what happens with Brexit.

Manchester’s growth has been gradual, indicating long-term strength—another positive factor for investment, according to the report. Manchester was second only to London in terms of investment volumes in the UK in 2017, Savills reported, and that has yield-seeking investors chasing deals in the city. Nine deals totaling £178.55 million were signed that year, more than double Manchester’s £83.1 million total in 2016.