North Korea has imposed a temporary ban on foreign tourists 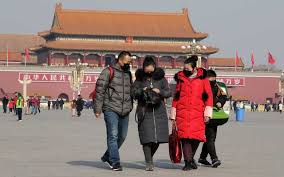 For the time being, North Korea has stopped foreign tourists as a measure of protection against the spread of the mysterious virus from China. It has killed nine people at least and sickened over 400, a leading tour operator reported on Tuesday.

To quote Simon Cockerell, the General Manager of Koryo Tours, “Action was being considered” by the North Korean authorities to stop the spread of the virus. “We have been informed that we will be told more information in the morning,” he said Tuesday night.

North Korea’s state-run media which controls information tightly from the world outside reported on Wednesday about the Chinese outbreak even though the reports did not mention about tourist ban. A television news program explained that the officials were working with the World Health Organization to keep the virus away from spreading to the North, according to the South Korean news agency Yonhap, which monitors North Korean media.

The virus has been spreading in an extremely fast manner from the central Chinese city of Wuhan. That is not good news for North Korea, where Chinese tourists have become an more and more important source of cash for the country, hobbled by international sanctions.