Northeast One of the Main Destinations Sought by Gaucho Tourists 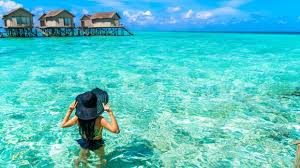 The Northeastern Brazil is one of the main destinations sought by gaucho tourists between June and July, as per a survey conducted by Brazil Tourism Ministry.

The study also takes into account the ranking of the main destinations sought by gaucho tourists in the months of June and July of this year, according to the travel agencies consulted, in addition to outlining the profile of travelers in the region. The Northeast leads four of the top five positions.

Among the destinations are Maceió (AL), in 1st place; Porto Seguro (BA), in second position; besides Fortaleza (CE) and Ipojuca (PE), in the 4th and 5th places. Rio de Janeiro appears in third position.

The survey also showed that 46% of the gaucho travelers, according to the RS travel agencies consulted by the survey, are looking for destinations where they can enjoy leisure time with sun and beach. Cultural walks or historical heritage occupy second place
(24%).

Most trips are made by couples (32%), followed by couples with children (31%) and travel with family or friends (22%). For the uninitiated, the term “gaucho” refers to the traditional cowboys from South America. These occur in Argentina, Uruguay and Brazil, commonly in the state of Rio Grande do Sul. They are often in traditional clothing and make their living by running ranches and working with the horses, sheep and cattle.

Tags: Northeast One of the Main Destinations, Sought by Gaucho Tourists