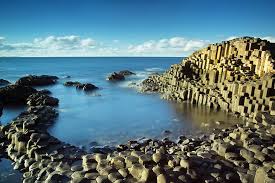 Tourism Ireland has launched an increased programme to market the whole island in 2019.

The overall marketing spend is expected to reach €45m (£40m). The evidence from Tourism Ireland points to the continuing interest of more external visitors in coming to this island. There is, however, a risk that Northern Ireland, given the continuing political uncertainty, will not benefit as fully as might be hoped.

The degree of uncertainty about Northern Ireland’s ability to maintain its share of the business from external visitors serves to challenge local stakeholders to maximise the tourism results. Part of the challenge is to monitor and offer critical commentary on the marketing efforts of Tourism Ireland. In parallel, Tourism Northern Ireland (which has marketing responsibilities across all-Ireland) will be targeting an increasing tourism value added from staycationers: leisure seekers and holidaymakers who live on this island.

Having asked that question, the alliance sets the scene for a discussion of what form ‘the more than financial assistance’ should take. The Tourism Alliance also headlines the threats associated with the delivery of Brexit.

Finalising the Brexit agreements, or disagreements, is bringing uncertainty in a number of ways. If trading conditions for businesses, north and south, tourism led or other sectors, remain uncertain, there are the obvious down-side effects of business decisions postponed.

Northern Ireland is seen as more vulnerable than the Republic of Ireland, although both areas would not be helped by the threat of instability and lack of a clear Brexit agreement.

Brexit uncertainty could have a wider impact. In 2019, exchange rate volatility threatens, but with the unexpected perverse advantage that external visitors using sterling may get better value for their own currency. However, international visitors will have heard the complex debate about ‘no border on this island’ and the impact of that uncertainty will not be helpful.

Searching for longer-term success from a larger tourism sector now is a convenient moment to ask questions about tourism policies, north and/or south, but particularly from a Northern Ireland stance. Sources of public sector funding will remain constrained and evolving policy options need to be prioritised.

An easy starting point must emphasise value-for-money in policy delivery. Alongside that constraint there should be direct questions on sustainability and self-funding. There would be little support for policies which suggested continuing subsidies for parts of a sector which would be expected to pay their way.

The early ideas in the Belfast Region City Plan (the City Deal) illustrate a group of enhanced tourism amenities that, subject to tests of value for money, would offer an initial programme, later to be supplemented by ideas from other parts of NI.

These new project ideas will be expensive. However, they will have a continuing impact, as will the still to be confirmed projects from the North West City Deal.

The potential benefits of new projects of these types will probably outscore the suggested VAT concessions or the net cost to Stormont of abolishing Air Passenger Duty. Operational decisions on the Belfast City Deal are urgently awaited.