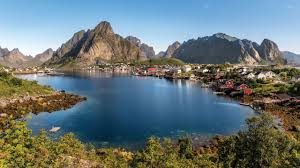 Norway Tourism has extended curbs on a range of public and private institutions, including the closure of schools and nurseries, until April 13 to try to halt the spread of the coronavirus.

Prime Minister Erna Solberg said that the measures, they have imposed appear to be slowing transmission of the virus, but we need more time to see what effect they are having.

The restrictions, which also include refusing entry to foreigners who do not live and work in the Nordic country and forbidding people to go to their mountain cabins if they have one, were initially imposed until March 26.

With the decision, Norway is joining fellow Nordic country Denmark in prolonging the restrictions until after the Easter holiday. The government also asked that no more than five people gather together outside and that indoors people keep a distance of two meters (6.6 ft) from one another, except for members of the same household.

But the government did not ask Norwegians to confine themselves to their homes as other countries, like France or Spain, have done. The total number of infected people in Norway rose to 2,566 on Tuesday, up 196 from a day earlier, according to the official count by the Norwegian Institute of Public Health. Ten people have passed away as a result of the coronavirus.

The government is currently preparing further targeted measures towards sectors and businesses affected by the virus outbreak, Solberg said.

The unemployment rate of Norway has soared five-fold this month to above 10%, its highest level since the 1930s, as companies announced mass layoffs and shutdowns with the tourism and transport sectors noting the biggest jump in unemployment over the past two weeks.