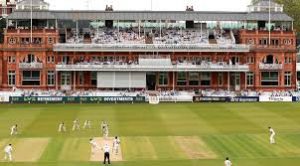 The tourism industry Nottingham is set to benefit from an expected £18 million economic boost by hosting five matches as part of the ICC Men’s Cricket World Cup, according to analysis from global accountancy firm EY.

The global accountancy firm EY conducted on behalf of the England and Wales Cricket Board (ECB) – considered factors including ticket sale, match day spending on food drink and merchandise, wider spending from international visitors in the hospitality, retail and transport sectors, and the tourism and business legacy from the tournament’s global exposure. The ICC Men’s Cricket World Cup takes place in England and Wales for the fifth time this summer.

The global sporting spotlight will be on Nottingham’s Trent Bridge as it hosts five eagerly awaited fixtures, including England v Pakistan (Mon 3 June 2019).

Stephen Jackson, interim Chief Executive at Marketing NG, said that the impact of the ICC Men’s Cricket World Cup 2019 on Nottingham’s economy should not be underestimated. Around 87,500 people will attend the sell-out matches at Trent Bridge and around 75% of these are expected to be travelling from at least 25 miles away. It’s likely that they will be making use of Nottingham’s hotels, restaurants and visitor attractions during their visit.

The Cricket World Cup also provides an invaluable opportunity to showcase Nottingham on the global stage, which he will be doing with a 30-second vignette demonstrating what their region has to offer. This will be broadcast to an estimated audience of 1.5bn people per match, and they are hoping that it will inspire them to consider a visit to Nottingham as well as bringing us to the attention of worldwide investors.