Now many couples embarking on ‘retirement tourism’, selling off assets to travel the world! 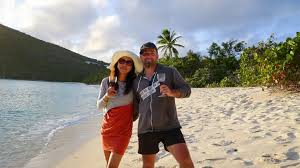 While leisurely walking the cobblestone streets on an early-morning visit to a pasteleria, you quickly get to know around 60-and-70-North Americans (and possible Europeans), who are relatively fit, and often dressed in hip combinations of colour and informality.

Designated in 2008A as the cultural UNESCO World Heritage Site, San Miguel de Allende (often known as SMA) currently has around 160,000 residents, of whom over 10,000 are expats. Growing numbers of cultural tourists are coming for short visits but many expats choose to live there for up to six months a year.

They stay in casas which they’ve bought from Mexican locals or stay in one of about 4,000 residences that are provided by online services like Airbnb. Majority of these accommodations come with a small staff of cook and household helper, and sometimes with a gardener. Monthly residency might start at US$2,700 to US$3,000 for one or two bedrooms, and it’s likely to spend up to US$10,000 a month for a large old casa with four bedrooms and staff.