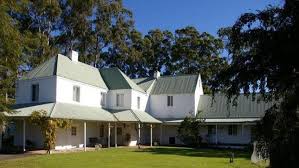 Thanks to a NSW Government initiative to promote regional NSW’s top tourism destinations, the State’s south will feature on SBS and NITV’s popular television show, On Country Kitchen.

Minister for Tourism Stuart Ayres said the filming opportunity was secured by the NSW Government’s tourism and major events agency, Destination NSW, in partnership with Destination Sydney Surrounds South, demonstrating the Government’s commitment to triple overnight visitor expenditure in NSW by 2030 in action.

“The NSW Government is determined to continue turbocharging rural and regional tourism and share the best of the Bush, spectacular coastline and our wonderful local produce with the world.

“Securing media coverage, including segments on popular TV shows like On Country Kitchen, helps to promote our State and its culinary experiences to a wide audience and inspires people to look to regional NSW when planning their next holiday,” said Mr Ayres.

The pair are set to travel through South East New South Wales to seek out the freshest produce to create mouth-watering dishes, all whilst celebrating local Indigenous places, characters and cultures along the way!

The show takes the complexity out of cooking, and offers simple tips and tricks that will invigorate kitchens Australia-wide, with a special touch from our own backyard.

The episodes will showcase a plethora of local produce from the State’s south, from Bulwarra Bees Honey in Berrima, Woodstock Chocolate Co in Milton, to McAsh Oysters in Batemans Bay, plus much more.

On Country Kitchen will air Wednesdays at 7.30pm on NITV from 23 October. Episodes will also be available after broadcast anytime, anywhere, on your favourite device via SBS On Demand.