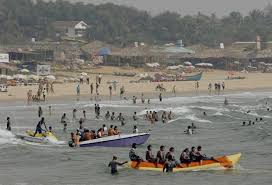 The number of foreigners visiting Goa in the ongoing tourism season has declined by around 30 per cent compared to last year due to decrease in frequency of chartered flights.

Collapse of Thomas Cook in September has become one of the major reasons for the decline in foreign tourist footfalls in Goa, said the Travel and Tourism Association of Goa (TTAG).

During its active days, the 178-year-old holiday firm operated one flight each day, each carrying around 200 passengers in Goa during the last tourism season.

However, Thomas Cook went bankrupt three months ago after failing to reach a last-ditch rescue deal.

TTAG president Savio Messias said that the drop in arrival of foreign tourists till now is approximately 20-30 per cent when compared to the previous season; however, actual reduction in room occupancy per night is more conspicuous.

Messias said that the drop in the number of foreign travellers, who used to spend 15 to 30 days in Goa during the season, has resulted in reduction in room occupancy per night, which cannot be compensated by domestic vacationers who normally holiday in the state just for three-four nights.

“There is no complaint about the domestic tourism. It is only the international tourism which is on the decline,” Messias said.

“Foreign travellers are very essential for the industry in Goa because the main difference is that domestic trippers spend 3-4 nights, whereas international tourists spend 10-15 days or even longer,” Messias added.

The first chartered flight in Goa arrived in the first week of October from Moscow, bringing in tourists from Russia.

Messias said that the chartered flight business might perk up during the next tourism season as other companies have time to plan their operations to the state.