Number of visitors at UK attractions rise by 9%; Tate Modern at the top 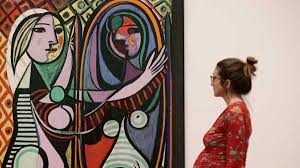 The number of visitors to Britain’s attractions such as museums, galleries, zoos, castles and country houses increased by nearly 9 per cent in 2018. However there was a decrease in numbers of overseas tourists. Tate Modern (5.9 million) was the U.K.’s most visited attraction followed by British Museum (5.8 million).

A rise of 3.7 per cent in Tate Modern’s visitors knocked the British Museum to second spot. British Museum held the first position from 11 years but in 2018 its visitor numbers fell by 1.3 per cent.

As per Bernard Donoghue, the director of the Association of Leading Visitor Attractions (ALVA), the UK-wide increase was surprising and bigger than expected, given the number of overseas visitors to the UK dropped 4 per cent last year. However, visitor numbers are just one barometer of success.  He said: “All of our museums, galleries and attractions seem to be pushing the envelope, taking new risks, doing creative things and making visitors happier as a result.” The really big growth stories have been in the regions of the UK, particularly Northern Ireland, Liverpool and Birmingham.

One of the biggest rises was at the World Museum in Liverpool, where visitor numbers increased by 111 per cent to 1,416,632. The rise is attributed to the arrival of an army of the first emperor’s terracotta warriors. The growth made it the most-visited museum in England outside London.

The Highland Wildlife park in the Cairngorms saw a 51.5 per cent rise in visitor numbers to 205,930 due to Hamish, the first polar bear born in the UK for 25 years.

Carlisle Castle experienced a 285 per cent rise in visitor numbers to 177,247 in 2018. The main reason for the rise was the display of Paul Cummins and Tom Piper’s Weeping Window poppies sculpture, originally displayed at the Tower of London in 2014.