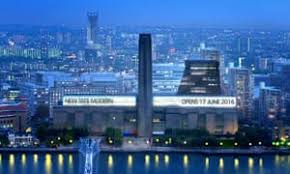 The number of people visiting the UK on holiday fell last year. This was contrary to predictions and was opposite the global travel trend, which saw worldwide international arrivals increase 6% year-on-year. The UK saw a decline of 5.3% in overseas tourists and a 2.3% fall in spending, in spite of earlier suggestions that a record year in 2017 would continue into 2018.

The drop in inbound tourism to the UK is due to a fall in interest among Europeans, who account for two-thirds of overseas visitors. VisitBritain data showed that interest in visiting the UK since the Brexit referendum fell from 76% in August 2016 to 69% in autumn 2018.

Patricia Yates, a director at VisitBritain, said that visitors from Europe will continue to fall in this year as well. Thus, the organization is launching a campaign called ‘Friends of Europe’, aimed at reassuring Europeans that they will receive a warm welcome and that Britain represents good value. Yates said that, despite the fall in the value of the pound, the UK is still seen as an expensive destination. Along with uncertainty surounding Brexit, it means forward bookings are “very difficult”.

Globally, tourist arrival figures were highest in the Middle East (up 10%), Africa (up 7%), Asia and the Pacific, and Europe (both up 6%). The Americas were below the world average (up 3%), with Central America and the Caribbean seeing a fall of 2%, due to the impact of hurricanes Irma and Maria in late 2017, according to the UNWTO.