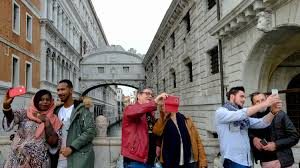 The new Lord of the Rings television series produced by Amazon is set to be filmed in Auckland, the expert confirmed.

On film location, NZ has been making good trade along with immersive tourist experiences like Weta Workshop for a while now, and doing a good job of it if the numbers are anything to go by.

Even American comedian and self-confessed LOTR fan Stephen Colbert, who is at present visiting the country at the invitation of the PM, posted Instagram pictures on recreating a 2013 cameo he performed in The Hobbit.

Successful operations like Hobbiton Movie Set Tours in Matamata have experienced steady growth in the number of visitors which haven’t waned in spite of the film series’ crosses many years. The attraction will see an expansion in December under new district council plans.

It had been turning customers away during its busiest month over summer, general manager sales and marketing Shayne Forrest said.

However Stefan Roesch, a film maker and tourism consultant with a PhD degree in film tourism says New Zealand had a “precious opportunity” to take advantage of on film tourism even more, because of the series.