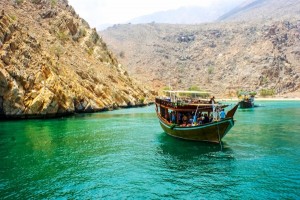 The Ministry of Tourism in Oman is making projects and infrastructure on sustainable and responsible development.

As a signatory to the United Nations Agenda 2030 for sustainable tourism development, Oman has adopted several measures to enhance tourism facilities in a sustainable manner, said the country’s Minister of Tourism, Ahmad Bin Nasser Al Mahrizi.

Al Mahrizi said that in addition to a rich historic and cultural heritage, the Oman Sultanate is endowed with several diversified natural resources that are spread across its governorates.

In view of this, the Ministry of Tourism in Oman has formulated the Oman Tourism Strategy 2040 to accelerate the pace of tourism and cultural development through the appropriate utilization of these resources while keeping in mind the principles of sustainable development.

Their main long-term objective is to achieve economic diversification, together with upgrading the direct and indirect contribution of the sector in Oman’s GDP, provision of direct and indirect employment opportunities for the national labour force, enhancing government revenues, supporting the balance of payments and achieving the highest level of regional development.

Tourism infrastructure is being rapidly advanced in Oman, encompassing the new extended Muscat International Airport, which will be operational soon.

Al Mahrizi also said that the airports, which will nearly double passenger capacity to 12 million per annum, is expected to boost the country’s tourism and hospitality sector, while also opening new development opportunities for land parcels around it.

Combined passenger numbers of the Muscat International and Salalah airports are inching towards the nine million mark, according to latest government data.

The Ministry of Tourism in Oman has signed agreements with international companies to boost sustainable and leisure tourism projects in the Sultanate. A senior official from MoT informed Gulf News that the Sultanate’s first snow park, part of the Palm Mall Muscat project, would be a new-generation Alpine winter-themed real snow and ice amusement park.

Spread over 5,400 sq m, the snow park and the mall are expected to be ready this year. An 8,000 square metre aquarium within the facility will have 55 exhibit tanks. Thirty thousand marine animals — from small shrimps to large sharks — will find a home in the new Oman Aquarium in Palm Mall, Seeb, which is set to open later this year.