Overhauled CTO is all prepared to grow the Caribbean Tourism 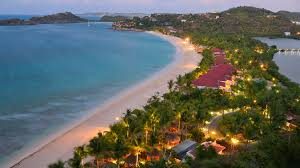 The Caribbean Tourism Organization (CTO)’s December close down of its New York headquarters and impending closure of its office in London are part of a strategic plan to move the focus of the Caribbean tourism marketing organization to research and destination marketing, said Dominic Fedee, CTO’s chairman.

To quote Fedee, “The transition is going to make CTO a lot more efficient. A strong CTO makes a strong Caribbean. This will give [CTO] the financial wherewithal to invest in key programs like marketing [and] improving [tourism] statistics,” he said.

“We want to ensure that we get back to the days when the CTO was a repository for tourism statistics and research in Latin America and the Caribbean,” he added. “What we are trying to do is to have an organization that is going to be a hybrid between a government development agency and a business-like a commercial entity.”

In a previous statement, CTO officials explained that the leaders of the organization which include tourism ministers from 25 Caribbean destinations have more and more called for an amendment in the approach of the group.

“While there have been many visions, plans, papers written and philosophies espoused, there has been widespread acceptance that much improvement is needed to elevate tourism development in the region,” said officials.

The changes will comprise the setting up of strategic partnerships along with employing a new secretary-general to lead the daily operations of the CTO, Fedee said. Also, the CTO will take steps to refresh Caribbean Week, its primary conference, organized every year in June at Manhattan’s New Yorker Hotel.

“We are coming to New York with a big bang,” said Fedee. “It’s going to be the biggest Caribbean Week you’ve ever seen. We are moving the location of Caribbean Week [and] it’s going to have a big investment component to it as well,” he said.

“There will [also] be consumer touchpoints to make sure we ‘take over’ New York so consumers will know the Caribbean is in town,” Fedee added. “We are going to have some exciting news to announce in the coming days about what the Caribbean is going to develop.”