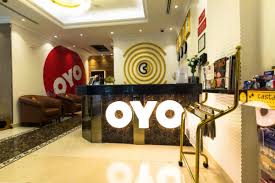 OYO announced on Wednesday that the hospitality firm has emerged as the world’s third largest chain having per room count with 8,50,000 rooms.

This  growth was propelled due to its presence in China across 337 cites and other regions in Asia.

There has been a strong balance sheet of about USD 1.5 billion and a significant part of its fund is being invested in the business as the company is focused on maintain its growth momentum across geographies.

OYO Hotels & Homes founder and CEO (Group) Ritesh Agarwal felt humbled to see the love and support of their customers and real estate owners who helped them emerge as the third-largest hotel chains on the basis of the number of rooms.

As a part of it hotel chain OYO has more than 8,50,000 exclusive keys and in the last six years they could enable job opportunities to more than 300,000 young people across India, China , the US and the UK. They will continue to support the growth of the hospitality, travel and tourism industry around the world.

The company has the maximum footprint in China followed by the growth in Indonesia having presence across 80 cities and more than 20,000 rooms and other regions in Asia.

OYO said that the company remains committed to diverting 40 per cent of the funds towards China, of which USD 100 million will be towards customer experience, quality, and system improvements, and the balance to fuel further growth, talent development, competency building, and infrastructure development in the country.