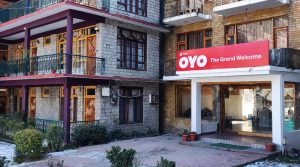 Indian budget hotel startup Oyo reported widening losses last year as it ramped up its international expansion. The losses deepened to $335m in the 12 months to 31 March, rising to 35 per cent of revenue compared to 25 per cent the previous year, driven by expansion in China.

Meanwhile, revenue reached $951m in the year, with India accounting for $604m.

In FY 2019, Oyo had a primary presence in China and India. The inherent costs of establishing new markets, including those related to talent, market-entry, operational expenses among others, resulted in an increase in Oyo’s net loss percentage in the near-term. Oyo claims to be the world’s third largest hotel chain by room count, and is seeking to be the largest in the next three years.

The tech-driven chain, which was launched in India in 2013, has rapidly built a portfolio of 200 UK hotels in the past year.

It is move that comes after the brand was damaged by a string of complaints from hotel owners and guests.

Abhishek Gupta, global chief financial officer of Oyo, said that the company has increased the focus on corporate governance and building a high-performing and employee-first work culture will also drive this next phase of sustainable growth for them. They looked forward to adding value to the experience of travellers and asset partners across the globe.

Oyo appointed Rishabh Gupta as its new head of U.K. operations in December, as it pushes ahead with its expansion in the country.