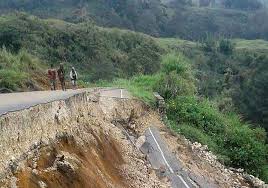 As per U.S. Geological Survey report, the shallow quake occurred around 11 p.m. local time, some 44 kilometers northeast of Kokopo on New Britain island. Aftershocks were also felt long after the initial quake.

An AFP reporter based in Kokopo said electricity went off in the town after the quake struck and people ran from their homes for safety.

However, there were no initial reports of serious damage

Papua New Guinea falls within the Pacific “Ring of Fire” a hotspot for seismic activity due to friction between tectonic plates.