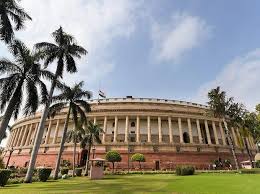 On Wednesday, in line with the Senate, the House of Representatives decided to distribute CHF230 million ($230 million) to the agency entrusted for promoting tourismexternal link in the country.

Nevertheless, the government was interested to spend only CHF220.5 million.

Economics Minister Guy Parmelin disputed that the government had by now increased the regular contribution from the current four-year period. Additionally, the industry was profiting from special programs and financial incentives, including a reduced rate of value-added tax (VAT).

Tourism contributes about 2.9% of the gross domestic product of the country (GDP) and employs about 175,500 people, according to official data.

Also, the Parliament agreed to raise to CHF30 million payments to an agency promoting innovation, cooperation and research in the field of tourism. Initially, the government had allocated about CHF23 million for the next four years.

The approval of parliamentary came during an ongoing debate regarding package of promotion measures for Swiss industry, including a boost for the export sector.

Opponents advised against rising government spending, as supporters fought that small and medium-sized companies underwent uncertainties over the global economy and the strong Swiss franc.

In total, the government wanted to spend just over CHF373 million on subsidies, but the parliamentary chambers have pushed the contributions to CHF390 million.