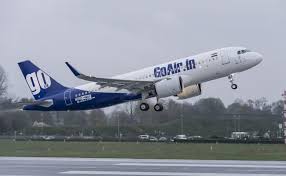 After sourcing spare parts from New Delhi and Mumbai, the aircraft departed for its original destination at 8pm, almost eight hours after its arrival time at Patna.
Following this, Patna-Bengaluru flight was rescheduled several times, causing a delay of more than eight hours, while passengers waited at Ranchi airport.

“GoAir flight G8 373 had to be diverted to Ranchi and a few spare parts had to be sourced from Delhi and Mumbai. All the passengers have been re-boarded from Ranchi on the same aircraft and it will take off to its original destination, Patna. After completing this sector, the aircraft will fly Patna–Ranchi and Ranchi–Bengaluru next,” a GoAir spokesperson said.