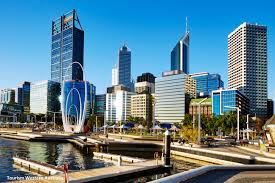 Perth has successfully won the right to host the Australian Event Awards and Symposium in September this year amidst competitive bids from capital cities and regions across Australia.

The Australian Event Awards and Symposium, to be held at Optus Stadium from September 16 to 18, is the national awards program and conference for the Australian events industry.

The awards program is an opportunity for Australian event professionals to compete directly across the nation, and across all facets of the industry, to establish Australia’s best events and event-related goods, services and innovations.

The event offers a two-day program featuring keynote speakers, interactive workshops and sessions and concludes with the Australian Event Awards Ceremony gala dinner, which will recognise the national winners from a variety of categories.

It is expected the event will attract about 400 attendees.