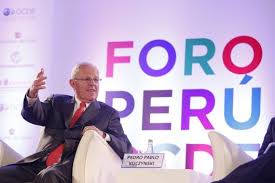 As tourism is an activity with huge potential and high importance for the development of a country, Peru’s President Martin Vizcarra reaffirmed his administration is committed to promoting tourism.

He indicated that the Foreign Trade and Tourism Ministry of the country can count on his full support for the initiatives aimed at improving tourism, Bernama News reported.
The President made the remarks during the launching ceremony of Safe Tourism Program.

On the occasion, he was joined by Prime Minister Salvador del Solar, Foreign Trade and Tourism Minister Edgar Vasquez, as well as other high-ranking officials.

However, the top official pointed out tourism promotion not only requires the assistance of the government, but also of private businesses and the entire population.