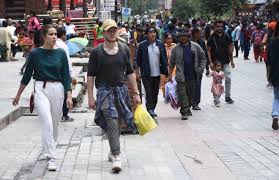 The decline in tourism in Dharamsala is emerging as an election agenda in the by-election. The footfalls of domestic and foreign tourists into the area have fallen by around 30 to 40 per cent.

This year till June, 12,17,514 domestic tourists and 65,679 foreign tourists reportedly visited the area.

Hoteliers are alleging that the government is not concerned about tourism in the region despite the fact that it is the foundation of economy.

Sanjeev Gandhi alleged that the tourist footfall had been declining steadily due to the poor infrastructure. The main road from Dharamsala to McLeodganj had been in poor shape for two years. It had been sliding at places and reduced to single lane in some spots.

Due to bad condition of the road, the area faced long traffic jams during the peak season.

The hoteliers say that they are putting up the agenda of falling tourism before the contesting candidates.