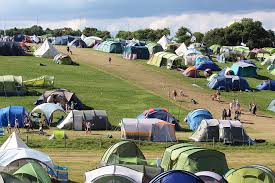 After weeks of soaring temperatures in the United Kingdom, thunderstorms, high winds and rain caused many tents to flood, while all stages of Dear Camp Bestival have been shut down due to health and safety concerns.

Dear Camp Bestival, held at Lulworth Castle in Dorset, was supposed to on 29 July by the performance Scottish band Simple Minds, who posted a statement addressing the issue on their social media account and linked to the festival’s own official update.

However, this afternoon saw organisers release a press statement to announce that the site was being closed as a safety precaution, after MET office issued a yellow warning. The decision came after flood warnings were issued across England and Wales as the scorching heatwave came to an end.

The organisers said they have been advised by the safety team that arenas cannot be re-opened. The campsite will remain open tonight for people that wished to stay.

Dear Camp Bestival cannot re-open arenas again today due to the severe weather and the forecasting of continual high winds and rain today.

Dear Camp Bestival is one of greatest ever show with all favourite performers, shows, stages and artists.

The campsites will remain open tonight if anyone wants to continue with Camp Bestival stay regardless of the conditions.

Before the festival was forced to close, it had enjoyed performances by the likes of Rick Astley, who invited Mary Berry onstage as a guest drummer.