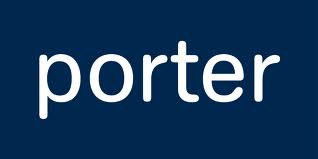 Porter Airlines is introducing a new schedule for its daily flights between North Bay and Billy Bishop Toronto City Airport. The improved departure times allow business travellers from North Bay to leave home in the morning, complete a full day of meetings in Toronto and return the same night.

There is also a wider range of connecting flight options to numerous Porter destinations beyond Toronto, including Ottawa, Montreal, Thunder Bay, New York, Chicago and Boston. During the summer, weekday flights will also have continuing service to and from Ottawa. This means passengers do not have to change planes in Toronto, making for the fastest total travel time between these two cities.

“We have been developing this route since Porter first came to North Bay in 2015,” said Robert Deluce, president and CEO, Porter Airlines. “People have benefited from much lower competitive airfares since that time, and now more can do so with convenient flight times.”

“These flights are a significant benefit for North Bay and the surrounding region,” said Al McDonald, mayor of North Bay. “The North Bay Airport Board was able to work with Porter to introduce a new schedule that I believe will appeal to even more business and leisure travellers. I encourage residents to take advantage of this service that gets you right to downtown Toronto at Billy Bishop Airport.”

Scheduled flight times will be offered as follows:

This schedule begins with the departure from Billy Bishop Airport on Sunday, May 14.