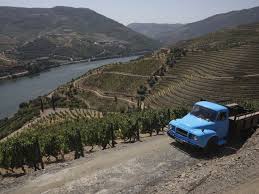 Portugal continues to be a preferred choice for travellers due to the central and southern regions of the country witnessing continued growth, especially among domestic tourists.

In the first half of this year, tourism activity in the Algarve region recorded positive signs, as per data released by the National Institute of Statistics (INE), which indicates a 7.9 percent increase in total revenue.

Positive performance of the domestic market is one of the greatest reasons for Portugal’s tourism growth.

Growth was also witnessed in airport traffic in the Algarve, with an additional 6.6 percent, totalling 2.01 million passengers landing at Faro airport.

To quote João Fernandes, the president of the Algarve Tourism Region (RTA), “The tourist results of this first semester are positive, mainly because they reflect a growth of income above demand, as well as the commitment of public and private operators to strengthen the Algarve as a tourist destination”.

The number of overnight stays in Portugal’s central region has also shown considerable growth with increases in June by 11.4 percent compared to the same period of 2018. June this year “was extremely positive” for tourism in the region.

The increase was more noticeable once again among domestic visitors, whose overnight stays went up 14.8 percent, indicating that the region continues to be one of the favorites among the Portuguese for holidays or just for few days of rest.