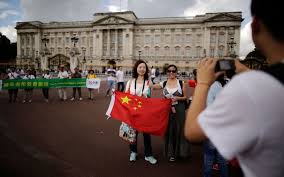 Buckingham Palace, Big Ben, the Royal family – London is blessed with innumerable renowned attractions wrapped in tradition and heritage, most cities can only dream of. However, with Brexit, the UK tourism industry, which supports more than one tenth of the country’s jobs, has hit a rough spot.

In the first nine months of 2018, overseas visitors to the UK went down, but the industry has survived, pitching harder for business in lucrative long-haul markets and attracting millennials as enthusiasm for Old Blighty among its European neighbours is waning.

Attracting tourists from Europe after the UK has turned its back on the continent, at least politically, is becoming tough.

Especially, there has been a “real hardening” of attitudes in Germany and the Netherlands, said Patricia Yates, strategy and communications director at Visit Britain. Forward bookings from the continent are down six per cent for the three-month period from March to May.

Faced with headwinds in Europe, the UK tourism sector is venturing towards long-haul markets like the US and China.

The number of Chinese visitors grew by a fifth last year. Visit Britain is targeting £1bn in spending by Chinese visitors this year, taking the country among the UK’s top 10 tourism markets. The cricket world cup, hosted by England and Wales this summer, is expected to fetch big numbers from India, which is another promising market.

Business with US visitors has also been growing, with flight bookings up 18 per cent this year. Americans spent a record £3.6bn in the UK in 2018.