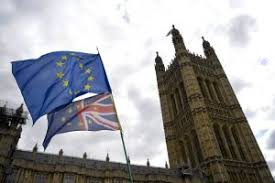 The British pound plummeted due to Brexit, making holidays in the UK cheaper; however, that hasn’t made Britain a more attractive place to visit.

As per World Economic Forum’s tourism rankings, the UK actually fell from fifth to sixth as the most competitive nation for travel this year. Among the top 10 countries, the UK was the only nation to go down in the rankings, surpassed by the US.

The pound plummeted when Britain voted to leave the European Union in 2016, losing over 13 per cent of its value against the dollar within two weeks. This week it fell below US$1.20. It’s a level not seen since January 2017, as Prime Minister Boris Johnson said that he might push for a general election if parliament voted to delay Brexit again.

Britain’s slump in the WEF’s rankings suggests that other possible Brexit-related factors might have counteracted the falling pound.

As per latest data from the Office for National Statistics, 3.3 million tourists visited Britain last May, going down by more than 5 per cent from last year.