The prime challenge of Cuban tourism is to maintain constant growth, says the Tourism Minister! 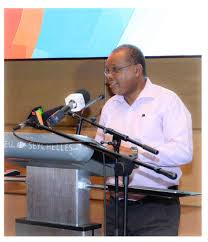 The Tourism Minister, Juan Garcia, explained that the prime challenge of Cuban tourism is to maintain constant growth and get better every day and keep on contributing to the economic weight as it has done in the development of the country.

In that sense, the technological development and its execution in hotels is essential, the minister explained on Tuesday on the regular Cuban roundtable TV program, together with many deputy ministers and executives of that ministry.

As per Garcia, in the complex scenario with blockade tightening, in 2019, roughly 4,275,000 tourists visited Cuba at the end of December.

He emphasized that the main target of more than five million tourists appeared achievable in mid-2019, which however could not be reached because of the stop on the arrival of cruises to the country due to the blockade.

This modality allows tourists to be sent to Havana and this profited the non-state and state sector, while flights and charter were canceled, mainly to the Cuban provinces.

The minister emphasized the growth and expansion of the Russian market, which from ranking fourth in late December, is currently at second spot on January 7. 2020’s tourism fair will be dedicated to that European country.

Regardless of the restrictions inflicted by the current US administration, tourism will keep on growing through a strategy that includes more exhibitions by domestic and foreign producers.