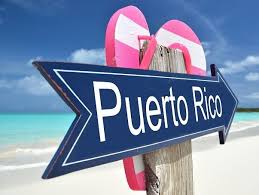 The latest statistics shared by the Puerto Rico Tourism Co. shows that the promotion campaign “Postales” of the Voy Turisteando brand resulted in higher number of hotel registrations among the locals. This surpassed the public corporation’s projections before launching the campaign.

PRTC Executive Director Carla Campos stated at a roundtable on the entity’s premises in Old San Juan that “Postales,” launched from April to August 2019, was aimed to boost up local tourism in island’s various points of interests along with growing number of hotel registrations from residents by 15 percent.

The results compiled from April to July disclosed that 305,480 locals had put in various hotels and lodges endorsed by the PRTC. The rise has been of 43 percent or 92,341 residents in comparison to the same data in 2018. The results show 27 percent more registrations than the original goal, or 64,143 residents more.

“The results reflected an economic impact of $52.2 million in room night sales to the local economy and $4.8 million as a result of room taxes, which represents $892,400 more compared to the same period in 2018. This, thanks to the effort of all PRTC divisions, especially in the areas of Promotion and Marketing,” the executive director said.

“Likewise, we are thankful to the people who understood, accepted, and supported the message that Puerto Rico is your best vacation; that our island offers us alternatives for all tastes, ages, and budgets; for a brief escapa or a more extensive period,” Campos added.