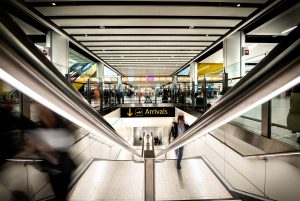 London Gatwick has achieved its busiest-ever start to a year, as passenger numbers grew by +4.0% in Q4, compared to 2018, as 9.7 million passengers travelled through in the first three months of 2019.

Long-haul growth was also strong in Q4, up +7.5%. This contributed to another month of healthy cargo growth, +7.2% quarter on quarter.

North Atlantic routes drove this busiest-ever start to a calendar year +15.3% on Q4 2018. Responding to this transatlantic demand, Virgin Atlantic and Delta have announced plans to grow at Gatwick –  with new routes to Boston Logan and New York JFK from summer 2020 – adding to Gatwick’s over 250 flights each week to the USA.

It comes as Gatwick welcomed more passengers than ever during February half-term. 1.2 million passengers travelled through the airport between 15th and 24th February and an increase of +7% on the equivalent week last year.

February also saw the start of easyJet’s new Dusseldorf service, which operates 11 times per week to the business and leisure destination, and is the fifth new route from the airline at Gatwick in recent months, joining Aqaba, Rovaniemi, Warsaw and Aarhus. This follows the addition of a new service to the Turkish capital, Ankara, from Turkish Airlines in January as the number of capital cities served by Gatwick now stands at 50.

In the three month period, domestic routes to Isle of Man and Glasgow saw growth of +9.0% and +5.0%, respectively. Meanwhile passengers using GatwickConnects, the airport’s service which enables passengers to book connecting flights via Gatwick, increased +80% from Edinburgh, +58% from Jersey and +50% from Belfast in Q4.

“Gatwick’s year has started as we mean the rest of 2019 to go on. Our pioneering spirit at the airport is driving for success in both the short and long term.

“In the immediate period, we continue to innovate, enabling new and established airlines to grow to all parts of the world – including most recently a new service to Rio de Janeiro.

“Looking ahead to further opportunities, we will publish the final version of Gatwick’s masterplan later this year, outlining potential options for future growth.”