Q52 Route To Be Extended Further East in the Rockaways 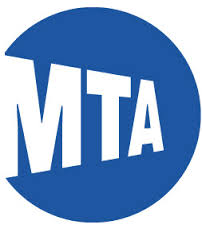 The Metropolitan Transportation Authority (MTA) will move forward with a planned extension of the Q52 Limited route, which will now end nearly one mile east at Beach 54th Street and Beach Channel Drive starting this spring.

The extension will provide improved connectivity for the dense residential areas of Arverne and Edgemere in the Rockaways and precedes the planned start of Select Bus Service (SBS) along the route later this year. SBS will improve the reliability and speed of bus service along the corridor for customers who will benefit from all-door boarding and longer, 60-foot buses with increased capacity to serve more riders and reduce crowding.
“By extending the Q52, we are offering thousands of additional customers a one-seat ride and a more seamless connection to northern and central Queens,” said MTA New York City Transit Acting President Darryl Irick.

Approximately 5,600 customers use the Q52 daily to travel between Elmhurst and the Rockaways neighborhood of Arverne in Queens, benefitting from available subway and other bus transfers as the route travels through Rego Park, Woodhaven, Ozone Park, Howard Beach, Broad Channel and Rockaway Beach. Extending the route would also extend those travel benefits to customers in several densely populated residential areas surrounding Beach 67th Street.

“The MTA is performing a valuable service for Rockaways residents by extending the Q52 to Beach 54th Street,” said John Raskin, Executive Director of the Riders Alliance. “Especially with the implementation of Select Bus Service later this year, the Q52 will provide residents of Arverne and Edgemere with more transit options and better connections to jobs, education and all the opportunities that New Yorkers should be able to access.  We applaud the MTA and NYC DOT for collaborating to bring this service to bus riders, and we appreciate Council Member Donovan Richards’ steadfast advocacy for better bus service in his community.”

The extension provides a more convenient transit connection between neighborhoods on the Rockaways peninsula and northern and central Queens, and provide alternative service in an area currently only served by the Q22, which travels within the peninsula between Far Rockaway and Roxbury. The extension lengthens the current route of 12.5 miles by 0.9 miles in both directions in the Rockaways, traversing further east on Rockaway Beach Boulevard and traveling on Beach 62nd Street, Arverne Boulevard and Beach 59th Street and then around Beach 59th Street and Beach 54th Street. These two loops will enable MTA Bus Company to add new stops in both directions to serve residents in the Nordeck Apartments, Arverne View Apartments, the large Ocean Bay Apartments housing complex, and others in nearby buildings.
One stop in each direction will be added at Beach 59th Street and Arverne Boulevard. A new stop at Beach 54th Street and Beach Channel Drive will serve as the first Elmhurst-bound stop of the route. An eastbound stop at Beach 69th Street that is currently the route’s final eastbound stop will be relocated east to Beach 67th Street, and one Elmhurst-bound stop at Beach 69th Street will be eliminated. The new final eastbound stop will be located at the southeast corner of Beach 54th Street and Beach Channel Drive.
Implementation of the Q52 route extension will cost $510,000 annually and has been including the MTA’s annual operating budget.