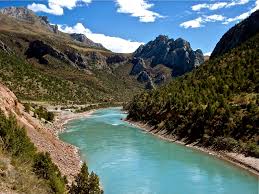 More than 1,000 domestic and foreign companies are attending a tourism festival, which opened Friday in northwest China’s Qinghai Province.

The Qinghai tourism festival saw participation from more than 1,000 domestic and foreign companies after its opening on Friday in northwest China’s Qinghai Province.

It has an exhibition hall covering 28,000 square meters which had 1,268 companies from the cultural and tourism sectors from across China and nearly 30 countries and regions.

During the festival a series of forums will also be held and more than 10,000 contracts will be signed as per the organizers.

There is a broad nature reserve in Qinghai that includes pastures, snow mountains and Gobi desert.Another major tourist attraction is the Qinghai Lake, the largest inland saltwater lake in China.