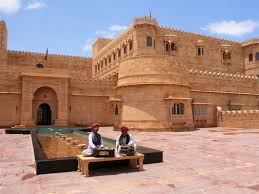 A recent policy is being made which will encourage tourism promotion in the state by adding of new circuits, Rajasthan Tourism Minister Vishvendra Singh explained on Thursday.

While answering to a question in the state assembly, Singh stated that the new policy will add circuits in adventure tourism, rural tourism, religious tourism, archaeological tourism.

In the last four financial years, he mentioned that Rs. 213.05 crore was received by the Union Ministry of Tourism, out of which Rs 178.24 crore has been spent on the development of tourism.

The minister has given a comprehensive account of the expansion works undertaken for promotion of tourism in the state in the last four years and expenditure incurred on them.

He explained that in order to endorse tourism in the state, the comprehensive project report of the Ministry of Tourism, Wildlife Tourism Circuit, Desert Circuit, Tribal Circuit and Eco Adventure Circuit has been sent to the Government of India.