Ranojoy Dutta is the new CEO of Interglobe Aviation 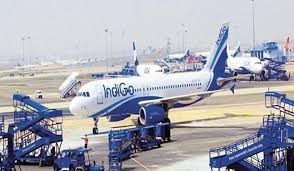 Dutta had been appointed principal consultant and tasked with drawing up a five-year business plan for the carrier, ET reported on December 5, adding that he was a top contender to head the carrier.

IndiGo also announced the appointment of former Securities and Exchange Board of India (Sebi) chairman M Damodaran as chairman of the board and non-executive independent director. Both appointments are with effect from January 24.

Dutta was president of United Airlines between 1999 and 2002 and is a former colleague of IndiGo cofounder Rakesh Gangwal. He succeeds Aditya Ghosh, who quit eight months ago and has since joined Oyo. Cofounder Rahul Bhatia had served as interim CEO in the intervening period.

A strategic adviser for several carriers such as Air Canada and Hawaiian Airlines, Dutta spent 17 years at United Airlines. Gangwal was with the airline between 1984 and 1994, before moving to US Airways, where Dutta later became a strategic adviser and member of the board. Dutta headed Air Sahara from 2004 to 2006 and quit just before its takeover by Jet AirwaysNSE -3.26 %. After graduating from the Indian Institute of Technology, Kharagpur, Dutta got his management degree from Harvard Business School.

Dutta as IndiGo is looking to step up international growth, even as it grapples with high costs and low yields at home. December quarter profit fell 75% to Rs 188 crore, it announced Wednesday, due to high fuel costs and a failure to increase prices in line with expenses. However, the carrier has been building up its market share at the expense of rivals. It has a 43.2% market share, followed by Jet Airways (13.9%), Air India (12.4%) SpiceJet (12.3%), Go Air (8.8%), AirAsia India (5.3%) and Vistara (3.8%) as per December data.

The government is discussing yet another a rescue plan for state-owned Air India, having failed to sell it, while Jet Airways has been struggling with financial woes for the past few months, having delayed repayments and salaries besides cancelling flights.

He joins amid changes in the top and middle management. The exit of Ghosh was followed by some others including commerce chief Sanjay Kumar. CEO-in-waiting Greg Taylor quit the airline recently. Cynthia Szadokierski, who joined as vice president, airport operations, may not continue after her contract ends on March 31, said a person aware of the matter.

Tags: India, indigo, Securities and Exchange Board of India (Sebi)