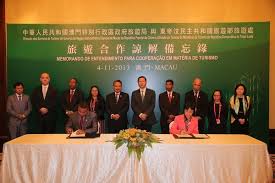 Religious heads in Timor-Leste have decided to help in developing religious tourism with the objective of developing the local economy and people’s livelihoods while also help them to raise their faith.

The Southeast Asian nation has been depending immensely on energy sector revenue while other sectors like tourism remains undersized.

During a conference in Dili on May 18 titled “Peace, Harmony, Fellowship: Faith-based Tourism Development,” Catholic, Protestant, Muslim, Confucian, Hindu and Buddhist leaders made a promise to work together on drawing more visitors to local religious sites.
Father Angelo Salsinha, who represents all dioceses in Timor-Leste, explained that there is more room for growth and expansion considering island’s spiritual richness and its dearth of exploitation by the Church and government.

The Church, he stated has only grown few sites, like Mount Ramelau — where a statue of the Blessed Virgin was set up — and Our Lady of Aitara in Manatuto district, established by Portuguese settlers.

Both draw a huge number of pilgrims in October, a month solely dedicated to Marian devotion.

Other religious sites and festivals comprise the centuries-old Senhor Morto devotion on Good Friday in Oecusse district, and a finger that belonged to St. Anthony, preserved at this moment in Fatuberliu of Manufahi district about 190 kilometers south of the capital.

He mentioned that there are only three countries that preserve relics of St. Anthony, including Portugal and Italy.

“So there’s a possibility for Timor-Leste to be one of the world’s destinations for pilgrims,” he said.