Reports of severe weather keep pouring in from all affected areas 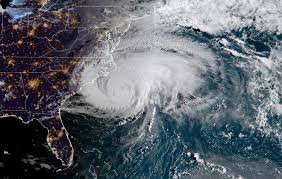 The latest reports on severe weather in the central United States (all times local) are as follows:

A severe storm in the St. Louis area is forcing Lambert Airport to temporarily halt all flights.

The storm rolled into the region Tuesday evening. Funnel clouds were reported in St. Charles County, but there were no immediate reports of major damage.

Lambert officials say the Federal Aviation Administration stopped all arrivals and departures around 6:30 p.m. due to the extreme weather.

The Missouri State Highway Patrol said all the animals are accounted for after a tornado hit a drive-through a wild animal park.

Patrol Sgt. Jason Pace said only minor damage was reported Tuesday to buildings at the Wild Animal Safari in Strafford, about 10 miles (17 kilometers) northeast of Springfield.

Webster County Emergency Management Director Tom Simmons says there were no reports that people or animals were injured. The park boasts on its website of having more than 450 animals.

Pace said there were also several water rescues, including one of an 18-year-old woman who was swept off a flooded road near Joplin and stranded overnight.

Missouri authorities said heavy rain was a contributing factor in the deaths of two people in a traffic accident near Springfield.

The victims were identified as 23-year-old Brandon Beasley and his wife, 24-year-old Christin Beasley, of Willard.

A strong band of storms has spawned more than 30 tornadoes across the central U.S., damaging homes in Oklahoma, demolishing a rack track grandstand in Missouri and drenching waterlogged states with more water and more flooding.

The severe weather system started in the southern Plains Monday night and moved to the northeast. Missouri and parts of Illinois and Arkansas are in the crosshairs Tuesday.

By Wednesday the storm will move into Great Lakes region and weaken. But another storm system is gathering steam for later this week, potentially covering an area from Texas to Chicago.

The Army Corps of Engineers says it plans to increase the rate of flow from a dam northwest of Tulsa by 60 per cent after severe storms dropped up to nine inches (22.86 cm) of rain in areas of the Arkansas River drainage basin in northeastern Oklahoma.

Arkansas officials say crews are working to free a woman after she was trapped under a tree toppled by strong winds.

Arkansas Department of Emergency Management spokeswoman Melody Daniel says the woman was in a shed on her property in Atkins, about 50 miles (80 kilometers) northwest of Little Rock, when the structure was blown away Tuesday. Intense winds uprooted trees and one fell on her.

Tags: pouring in from all affected areas