Researchers measuring the impacts of tourism in Windward Oahu, Hawaii 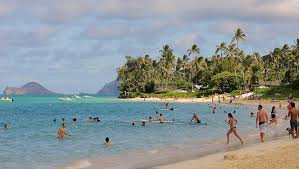 In 2019, Hawaii is expected to witness its 10 millionth visitor. The Hawaii Tourism Authority explains that in the initial half of this year, tourist arrivals rose by 4 percent even while visitor spending dropped. Communities statewide are feeling the emerging presence of tourists at various beaches and roads. At present, University of Hawaii researchers are looking for ways how precisely visitors impacting local neighborhoods – like those in Windward Oahu.

Tourists in Hawaii are no more restricted to explore hotspots like Waikīkī or Ko Olina only. Now, they’ve discovered quiet neighborhoods, like Lanikai.

Thomas Cestare is a long-time Lanikai resident and the community association’s president. He says tourism is creating a major impact here.

“While it’s obvious that there are some economic benefits to having increased visitors, there’s also hard to gauge impacts to the local resources,” says Ebersole. “So we’re asking people through a series of surveys, what their sentiment is, where they see problems related to the visitor industry, whether it’s traffic or parking or all of the above.”

Ebersole is reviewing on both visitors and residents in Kailua, Lanikai, and Waimānalo. The survey focuses on developing recommendations for the city on the way to better manage tourism on the Windward side.

“I think what we’re learning now is visitors – and this is true island wide if not statewide – is visitors are largely completely unregulated — meaning they can go wherever they want, whenever they want,” says Ebersole.